Jonathan Drew, founder of Drew Estate and recipient of this year’s Legacy Award, reflects on what he’s learned about tobacco, his career highs and lows, and what he hopes his ultimate legacy will be.

Jonathan Drew, or “JD” as he’s known by many of his industry peers, has been turning the premium cigar industry on its head for close to 25 years. Drew is known for his radical, avant-garde, market disruptor ways and for never being afraid to challenge the norm or traditions in the pursuit of creating and delivering something new and fresh to the market.

Go to any event where Drew and his company are in attendance and you’ll realize just how much of an architect he is above all else. In the past 25 years, he’s founded a company that produces some of the most highly rated, sought-after cigars to the market, including Acid, Undercrown and Liga Privada, among others. He’s built a team of industry experts that help him scale Drew Estate to new levels and capabilities. He’s also built a following of loyal, dedicated supporters on the retail and consumer levels.

This year, Drew was voted as the recipient of Tobacco Business’s Legacy Award, joining the exclusive club of industry icons including Carlos Fuente Jr., Nestor Miranda and Hendrik “Henke” Kelner. In the following interview, Drew reflects on the 25 years of his groundbreaking career, some of the lessons he’s learned thus far and how he wants the world to remember his legacy.

Tobacco Business: When looking back at your career so far, is there one achievement or moment you’re most proud of?

Jonathan Drew: Cutting of the ribbon for the opening of our factory, La Gran Fabrica Drew Estate in Nicaragua. It was a historic moment on national television with the mayor of Estelí and the little old lady who fed me and our original six employees for 18 months and never asked to be paid because she knew we had no money to survive. We miss her dearly. Rest in peace, Dona Candida.

You’re one of the industry’s most bold and unique marketers. What have you learned about marketing and building hype for premium cigars over the years?

“Marketing” and “building hype” are two very different things. Drew [Estate] creates mega hype in our normal daily cadence because we are a firebrand that’s larger than life. When Drew Estate team members walk in the room, people take note. In regard to classic “marketing,” I don’t know anything, really. Give the crowd some honest insight about your organization, what makes you rock out, boogie-down, and let them see the volcano inside you that makes you do your thing and makes you the bestest in the world. Throw it on the wall like graffiti and get up.

What have you come to learn about tobacco and cigar blending since launching Drew Estate years ago?

We have a great engaging relationship, me and the leaf. I’ve learned not to be afraid to be excellent. Internet tobacco experts, old-school tobacco “must do’s,” and board room blabber don’t build tobacco men. I talk to tobacco and listen to it talk to me.

There are a lot of people within the industry that view you as a mentor and a business success story. What’s one piece of business advice you’d give to others working in the tobacco industry?
As you gain success, make everything you do be as raw as your first. Like the Ramonesʼ first album, or The Rolling Stones or Jay Z—keep it hot!

Part of your legacy are the brands you’ve helped to create, such as Acid and Undercrown. What’s required to have a well-known, successful premium tobacco brand?
You need to become an architect, a master builder or at least have that architectural person with long distance, virtuous vision at your side—and a good lawyer.

At the Tobacco Plus Expo a few years ago, you spoke about your accomplishments but also some of your setbacks. How do you deal with challenges and failures in your career and life?
First, I take ownership of them and then I rock them out, like wearing a bad tie to the most important business meeting of your life. Embrace the pain, and understand it’s part of risk taking. In my personal life, I’m not as strong, but I gain great strength from my parents and my ex-wife, Marielos. They help me cope.

If you were starting a premium cigar company like Drew Estate today, what would be the first step you’d take?
I would study these things: Tesla, the number 22, Carlos Fuente, Jonathan Drew and José Orlando Padrón. From there, get some money behind ya.

How do you keep things feeling fresh and new at Drew Estate year after year?
I keep my ego grounded; allow new ideas into the organization, even if they are somewhat painful; and [I have] learned to listen.

How do you personally define success?
When I feel sand below my feet at a short distance from my front door … and watching Nicaragua having grown into the greatest country on the planet … and when my mom tells me that I’m her Hemingway.

This year, the industry voted you as the recipient of the Tobacco Business Awards’ Legacy Award. What do you want your legacy to be?
When people talk about the tobacco greats, dead or alive, they say “JD and Drew Estate changed the world” … and to know that they mean it when they say it and to know that it’s undisputed.

This story first appeared in the July/August 2021 issue of Tobacco Business magazine.  Click here to see the full article. 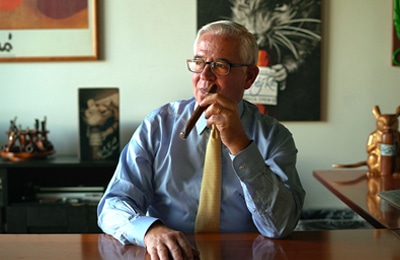 Back to the Future: Drew Estate CEO Glenn Wolfson 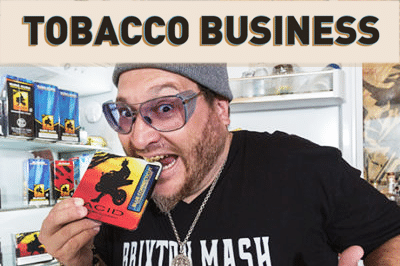 Jonathan Drew returns to lead the rebirth of an icon There’s no... READ